I cannot stress the importance of a candidate experience. It should be in the Recruitment bible as No 1.  These people who we refer to as candidates will most definitely talk about their experience to friends, colleagues and even Glassdoor so THEY ARE GOLD! If you don’t think it matters that much then think again!!!

So you’re probably wondering why I’m going off on one and feel so strongly about this topic… Well, I recently interviewed with no names mentioned at a company called X. They are one of the largest credit rating agencies in the world. Not standard and Poor, not Moody’s but as DJ Khaled would say, it was… 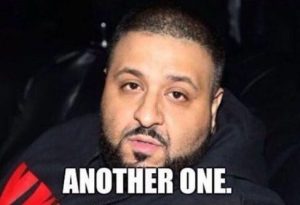 … So let me tell you a bit about my candidate experience. I already had another offer on the table but I still wanted to go to this interview in case it was MY DREAM JOB. It was a Monday morning and I travelled roughly around an hour to get to the main office. I had a weekend away in Italy so took the Friday off and now Monday morning so I was already dreading on all the catching up I had to do at work.

I arrived at the building and was welcomed by the lovely receptionist who issued me a visitors pass to go to the first floor. I had trouble using the lifts (not your average lift trust me) so the security guard was kind enough to help me out.

The lift opened at first floor and as I started walking the sound of my heels must have caught the man in front of me to turn around. He was the interviewer. No smiles, bland presence and a lousy hand shake. It was an awkward walk to the meeting room as if I had offended him so I broke the ice by saying, ‘I had lift problems on my way up.’ Still nothing.

I sat down and he reluctantly offered me ‘tea, coffee or water.’ I went with the water option which I had to stand up, walk over to the end of a rather large meeting room and pour in a glass myself – charming! I did offer him a glass but he said no. Can I just add a positive here and say that the water was at the perfect temperature. Not sure how they managed to get it right but it was honestly spot on.

He then looked at his watch and said he only has 45mins for this interview making me feel quite unimportant. He had created this cold aura around him and his mannerisms were just so wrong from the get go.

He asked me what I knew about the role. I didn’t have a spec to go by but the agency had briefed me so I told him what I knew.

He asked me what I enjoyed about my chosen field and this was probably the most genuine thing I said. I told him how I enjoy building relationships with my stakeholders and candidates and that I am naturally good with people and therefore recruitment suited me. I kid you not he pulled the most ridiculous face I have ever seen as if to say what are you talking about? I was really shocked as I’ve taken interviews and assessment days myself and I wouldn’t even think about coming across the way he did whether I like the candidate or not. He completely put me off and by this point I just wanted to get back to my day job rather than being in his company. No pun intended. 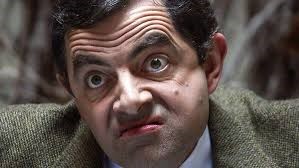 Then it was over to me to ask him questions so I asked him what the role would look like? To be honest I didn’t actually care because I’d never choose to work there but it was just something to ask. There was a pause and he pulled THAT same ridiculous face AGAIN!!! What was wrong with this man? This isn’t ‘The Apprentice.’ So guess what I did? – I pulled the same ridiculous face back ….

He immediately said, ‘Oh right the role, you didn’t get the spec did you? and then went on about the role…..’ SO HANG ON A MINUTE he thought I wouldn’t have asked him that question anyway? A one page spec with several bullet points? Are you kidding me? How would that even cover the depth of the role? That’s like saying why are you asking me about what I do? – It tells you on my CV!

We wrapped up the interview, no eye contact and I walked off.

Soooooo Resource Manager or whatever fancy title they give you at Company X! Thank you for the inspiration on my blog post and giving me material! 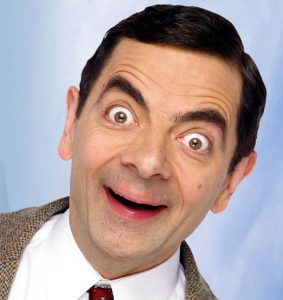