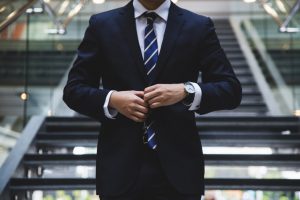 Have you ever had a manager and quietly thought to yourself HOW THE HELL DID HE/SHE GET THERE?!?! Let’s call this person Tom. So Tom takes home a whopping salary in a field he claims to be an expert in and has a number of years’ experience but as weeks have gone by you have noticed that he does not have a SCOOBY DOO! I know it’s bugging you because you report into this clown when you could easily do his job but the truth of the matter is Tom isn’t going anywhere! For some reason the business is fooled into thinking he needs to be there and you just can’t understand why. Urghhh! So back to the original question, how did they become a Manager? Well… I may have just cracked the code of a few traits for these types of species, so in no particular order…

OH YES! Tom has the gift. The only skill set of his that has helped him climb the ladder. He could probably talk himself into a situation and equally talk himself out of one. Bravo! As time goes on be prepared to hear him name drop a few companies where he has solely contributed to the growth of the company. Blah blah blah! Also notice when Tom is on the phone to someone he feels superior to he will immediately talk louder showing off his power so that everyone else can hear him. #noonecares

…because Tom delegates everything to you! In all honesty when have you seen this man do an honest day’s work? His motto in the office is ‘look busy and take it easy,’ and so far it seems to be working. He has slowly got you to do all his boring bits while he kicks back and relaxes. Doing the absolute minimum and going on pointless meetings/lunches is key to this role. Your job description is now somewhere in-between Managerial bitch/Associate/Assistant level but the pay is still the same. #standard

… in age. Tom is probably around about 40+ so naturally everyone assumes he has tones of industry knowledge and expertise under his belt but that doesn’t necessarily mean he is good at the job. Tom definitely looks the part but you know it’s all part of the act to keep himself in a job. #gameplayer

9am-5pm is a long time, especially if you have nothing to do! So Tom passes time by engaging in the most pettiest of things and trust me when I say he knows all the office gossip. For example was it really necessary to have a call with all the external suppliers AGAIN! Nothing Tom ever says is revolutionary but another chance to show off his position in the company. AND that time he spent half a day discussing about a candidate not turning up. How is this increasing productivity?

Tom can charm pretty much anyone in the office with his compliments, small talk and occasional treats in the office. It’s annoying because you can see straight through him but he knows how to keep it sweet with the key people in the business and has a great or should I say fake relationships with senior management. I know you’d hate to admit this but even you were conned into thinking he’s amazing. #toogoodtobetrue