‘Sentada’
Since my first trip to Barcelona you could say I’ve been a little obsessed with Spain and Spanish culture in general. I found Barcelona to be friendly, enjoyable and very safe! Soooo… why not try another Spanish city, or two? And I did exactly that! The plan – Madrid & Valencia 🙂

For some reason or another I always bump into interesting people on the plane and I’ve even made a friend for life from one of my plane rides. The travel experience doesn’t necessarily have to begin the moment you land in a country. Sat next to me on the plane was a life coach from Madrid who visited London for a motivational conference led by Tony Robbins. She shared her knowledge with me for free and it couldn’t be more fitting with what I was going through at the time of wanting a new opportunity in terms of work. She told me … ‘It is great to travel and escape but it won’t solve anything if you don’t make that change.’ She couldn’t be more right. Most of us, including myself, get inspired from travelling then we return back to only carry on with our old lives again. Let’s make that change! 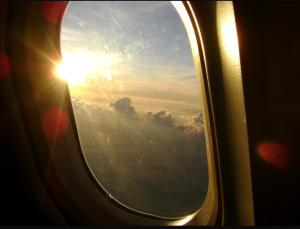 I stayed in an Airbnb accommodation again as my previous experience had been fab and couldn’t recommend it highly enough. The apartment was in Gran Via, right behind the main high street (equivalent to Oxford Street in London). There were about three other spare rooms which the owners also rented out to travelers across the globe. It’s insane to think that the couple made a living from being an Airbnb host. They have 5 apartments in Madrid which they rent through Airbnb and are looking to buy and rent some more. Hats off to them. I have to say they love what they do and seem so relaxed. Not only has Airbnb revolutionised how people travel today but have also created a business model which actually works.

What I wasn’t made aware of beforehand is that the couple had a dog called Lilly and YES, I was scared of her even though she was really well behaved and the size of my ankle. I made an effort with Lilly and you could say by the end of the trip we became more or less friends. As she is a Spanish dog I would say ‘sentada’ to get her to sit and whenever she saw an open handbag Lilly had this urge to jump straight in! I promise I didn’t physically put her in my bag and in no way was Lilly hurt during the process.

My trip to Madrid was around April time so weather-wise it wasn’t great. Sunny one day and raining the next! It was like London all over again but what was pretty cool and handy is that on Gran via street when it was literally pissing down one day there were people coming up to me shouting and selling ‘paraguas!’ for 4 euros. I almost paid 20 euros from this one shop and glad I walked out, so don’t be making that mistake!

I’m not a shopaholic but when in Spain one must attend Zara and Mango! The choices and prices are far better than London. They even have a Primark in Madrid and it is huge.

I really got along with the couple I stayed with and they invited me on a night out to Opium (one of the best night clubs in Madrid) with another one of their Argentinean friend who happened to be visiting Spain. This is what I love about travelling. People People people! The conversations, different perspectives and opinions really opens up your mind. The nightlife in Spain doesn’t start till 1pm so we were pre drinking in the flat as you do! The club was quite big and we had a table in the VIP area booked which overlooked the main dance floor. The music was great and we had table service throughout the night. Very la-di-da I know. 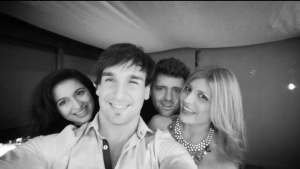 I was introduced to this amazing song by Prince Royce – Darte un Beso. I had it on repeat throughout my stay.

‘Lets talk about food baby!’ So I love croquetas jamon and croquetas de pollo and couldn’t get enough of it on my trip, but I wasn’t too fond of ensaladilla rusa, anyone with me on this? This is a cod dish (yum) and the pink/red looking dish is octopus, famously known as pulpo. Try it! 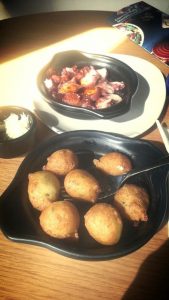 Me trying to pose in my housemate’s car 🙂 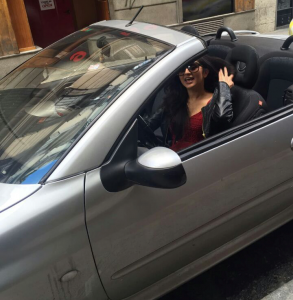 One day I will speak Spanish fluently. 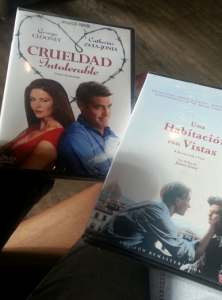 Circulo de Bellas Artes is a must! You will experience a 360 degree view of Madrid from the rooftop terrace for only 4 euros. There’s also a bar which makes it a perfect hangout/date place. Even the grey weather could not take away the beauty of Madrid Skyline. I can only imagine what a sunset view on a summer’s day would be like. Nearest metro station – Sevilla (Line 2). 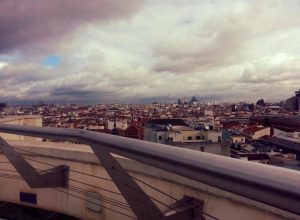 La Coquette is a great Blues and Jazz bar with an underground edge. It’s quite a small intimate set up where I sat just two metres away from the live band who coincidently happened to be British! I don’t generally listen to Blues or Jazz music but I got into it and found myself swaying to some of the songs. I 100% recommend La Coquette and I will definitely visit this place again. Unfortunately my phone battery died so I don’t have any pics but if you google it you will see what I mean!

Madrid has been a trip much needed with lots of personality. The city has a lot to offer and I didn’t even cover off the Arts/Galleries/Theatres but there’s always next time 🙂 Now time for Valencia…