‘You got your phone, cash and drone?’

So as you know from my previous blogs I quite like the travelling solo vibe. I never really planned for this to happen but it just did. Mainly because of friends not being available at the same time and having that urge to do something different that’s outside my comfort zone. I have to say I really enjoyed it and would advice anyone who is sitting on the fence to just go for it! Anyway, this time round three of my best bud’s diaries did match so travelling to South of France obviously didn’t seem like a bad idea!

The driver of the group 🙂

Loves all things vintage and could quite happily fall asleep in the bath tub.

Ajith AKA Drone Singh – check out his Instagram page @drone_singh 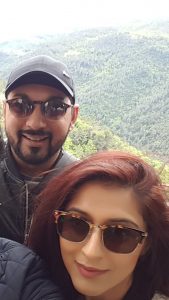 You learn a lot about yourself when you travel alone but you equally learn a lot when you travel with other people too. For example I know I am much organised when it comes to catching a flight but maybe I overdo it slightly. I like to be super early all the time because I can’t deal with the stress of running late. I’d rather be an hour early knowing that everything is running smoothly and on time. There’s nothing worse than having to rush, panic and run to catch a flight. Whereas Stanley thought I was insane. I even have a checklist so I don’t forget anything! – But I thought that was a normal and a sensible thing to do?!?! Your thoughts on this please? 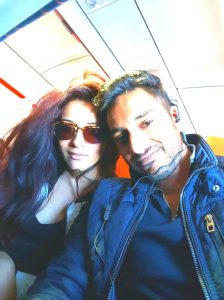 Stanley, Ajith and I booked an Airbnb for the first night of our trip in Antibes. Cosy apartment with a sea and mountain view from the balcony. Yes that is a Belvedere bottle 🙂 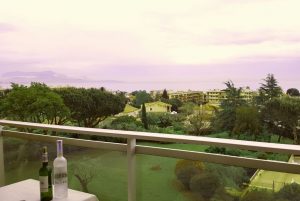 We caught a 1 euro bus to the city centre and everywhere was pretty much walking distance with a few steep-ish hills and cobbled streets so pack your walking shoes! 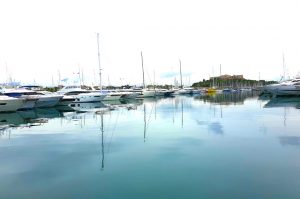 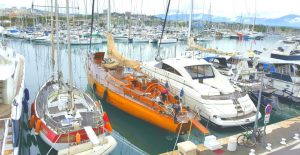 In the evening we ended up hanging at ‘Le Blue Lady’ Pub which was recommended to us. The only thing French about this pub was the ‘Le’ in the name. Everything else was British. Even the bartenders were from south of wales. The footy was on in the background so the boys were happy! Sometimes you gotta make compromises…

If you haven’t tried suitcases then TRY IT! Shot of any whiskey followed by a shot of lime cordial. It is known as the travellers drink but don’t quote me on that. Surprisingly doesn’t taste that bad at all. No hangovers and no sickness. DO IT DO IT DO IT! 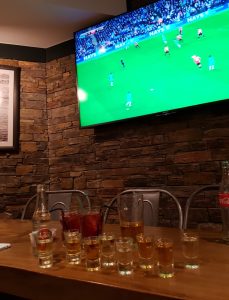 One criticism about Antibes is that most restaurants/eating places close at around half 11ish in comparison to Spain where the restaurant owners are just about opening up again SO finding food after our evening at Le Blue Lady Pub was a struggle. Not even a Maccy D could save the night. We did eventually find a kebab place but we had to get an uber to go there, apart from that Antibes was a lovely day/night trip! 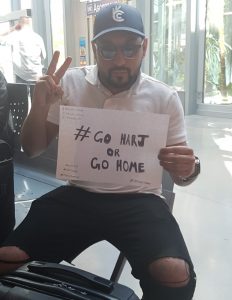 We gave her star style treatment as you can see except for the car (well just not straightaway). We booked a car for our trip via sixt car rental company in London and already paid for it so naturally we were hoping to pick the car up from the airport along with Harj BUT what we didn’t realise is that there would be a holding deposit of guess how much… not £500, No not £1000, not £2000 but TWO THOUSAND AND SIX HUNDREND POUNDS plus an option of insurance. Can you imagine the look on our faces? No deposit means no car. Luckily we managed between us and the boys insisted we should pay for the insurance just in case! – Boy did this end up being a good idea later… We jumped into our BMW ready for the road trip to commence 🙂

This is our gorgeous villa we stayed in for the rest of the trip. Highly recommend. (message me for details). 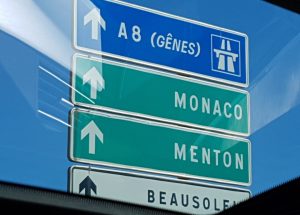 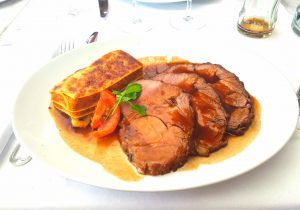 Monte Carlo Casino is definitely worth going to.

*NOTE* No ripped jeans/trainers and remember your ID.

The décor of the casino is beautiful. Classic and very elegant. I felt as though I was in a set of a James Bond movie. If I ever settled in Monte Carlo I would be down here every week sipping on Martini and cashing in. 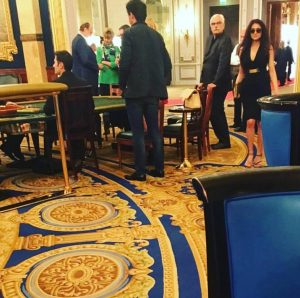 Did I mention cashing in? I cashed in around 50 euros in there! Oh yes I did, so the round at Buddha Bar in the evening was on me! Tasty cocktails with a mellow atmosphere and excellent service. 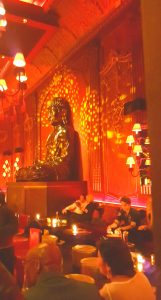 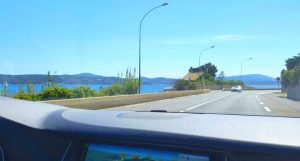 I tried snails for the first time in butter garlic sauce by the port. It taste like squid. Chewy and rubbery. I didn’t know this before but snails are actually very good for you! Good source of vitamins, minerals and Omega-3, no joke! 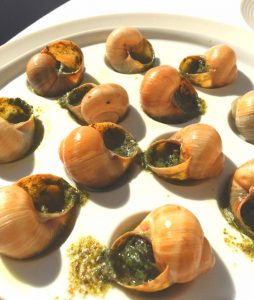 I wasn’t leaving south of France until I ate a crepe. I’ve been wanting it from the moment I landed at Nice airport. Amazing crepe shop by the port – Bretonne. I had the classic Nutella crepe but unfortunately no pic so I guess you guys have to take my word for it and find out for yourself 🙂

By the port there were streets full of bespoke, designer and chain shops. Definitely worth having a look. We didn’t go on a massive spree but there’s so much variety and something for someone no matter what your style! 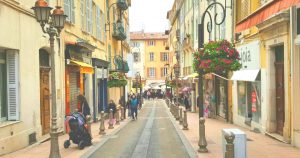 We all had so much fun at Pampelonne beach taking incredible shots thanks to Drone Singh AKA Ajith. The beach was beautiful with clear water and from a distance you can see the mountains. Simply beautiful.

Who needs a selfie stick? 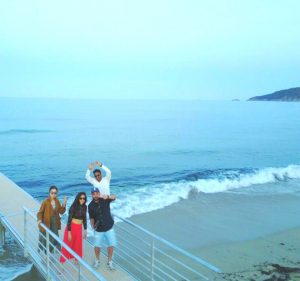 The next day we woke up early for a day trip in the mountains.

The road trip up to the mountains was pretty awesome with epic scenery of nature which noone could possibly recreate. It reminded me of my mount abu trip in India minus the cheeky monkeys. We were midway driving up and suddenly this happened…

… And this is why I’m so glad the car was insured.

The car was taken away and we had to make our own way back to the airport to pick up another car. LONG! I wouldn’t say we were completely stranded in the mountains as there were shops nearby and people living in the area like a petite village/community but finding a taxi wasn’t exactly going to be easy.

A friendly lady driving passed us spotted Stanley and asked whether he was Indian… I mean Stanley’s dark features couldn’t possibly have come from France so I take it she was just curious. It turned out that her husband is also Indian. Hmmm French lady married to an Indian man (one of us!), naturally I became nosey like a typical middle aged Indian lady. She asked Stanley where in India he is from and guess what they are both from Kerala! We told her about our car situation and she immediately offered help and ordered us a taxi. Her Indian husband Timmy made an appearance and just like long lost friends Stanley and Timmy started talking in Malayalam and exchanged numbers. We pretty much lost our designated driver by this point and left Stanley to bond with #Timmy.

We got an upgrade to Mercedes E class thanks to our insurance so the boys were VERY happy but there was only one thing that could make me happy… Oh YESSS! I did! Filet-O-Fish meal, yum yum yum! They even sell macaroons in there! There’s something about trying a McD in a different country, wouldn’t you agree? 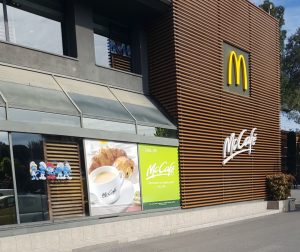 Haha! We didn’t really send her home. Harj booked her flight a night before us so we were on our way to the airport to say see you soooon 🙁

Next morning was our turn to departure 🙁  I treated myself to LAC macaroons at Nice airport which cheered me up slightly. The praline one was my fav! I tried googling LAC macaroons to see whether they had one in London but it looks like they sell it in France only. I shall be back! 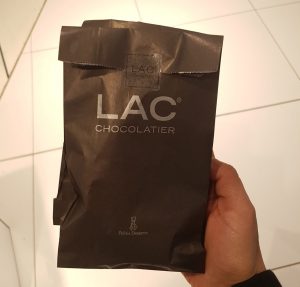 It’s now two weeks since our South of France trip which feels like ages ago AND we are still waiting for the holding deposit from the car rental company. Yeah that’s right, THE TWO THOUSAND AND SIX HUNDREND POUNDS! The money should have been in our account by ten working days but there was some sort of miscommunication and they didn’t realise until we called them to enquire about it. Not great for a reputable company but I guess these things do happen.