I decided to go solo this time but couldn’t make up my mind where so I tossed a coin, yes, as simple as that. I do usually tend to do that when I have dilemmas. And now Barcelona or Portugal? I was completely 50:50 about this one not secretly wanting more than the other. I tossed the coin… Hola Barcelona!!!

Minutes before the wheels of the plane were about to grace the Spanish land a little boy sitting behind me increased my anxiety level by a notch, ‘we’re going to land in the sea at this rate,’ he shouted. Yes I did think the same but thanks for the reassurance you git. The blue sea was beautiful but a little too close for comfort. I could even see the little people in the ship but there was no sign of flashing life jackets as of yet. After clenching my fist, heart beating faster than usual and silent prayers we finally landed safely. I was then en route to the home I was going to spend six days through a reasonably cheap Airbnb accommodation.

I got to the flat and forgot which floor I was staying in so buzzed every single button until Harriet my now house mate let me in. She greeted me with not one but two kisses on either side of my cheek and showed me around the place which had all the basics plus few more housemates, molly the cat and a large cotton material of Lord Shiva covering an entire wall in the cosy living room. Very hipsterish indeed.

OK! So time for the exploring part. Two of my friends were kind enough to write me up a list so I merged that together with the help of google and a Barcelona travel book I bought from the airport to create my very own to do list.

In no particular order… 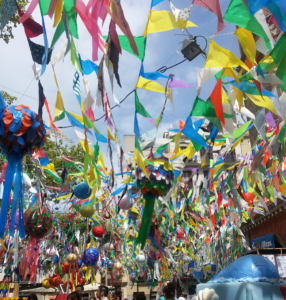 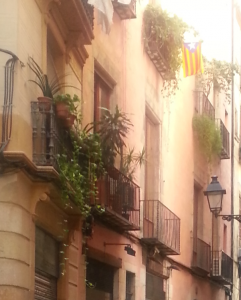 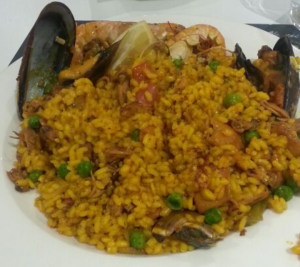 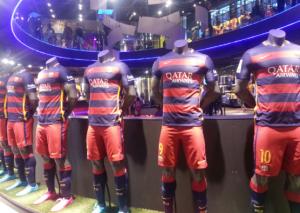 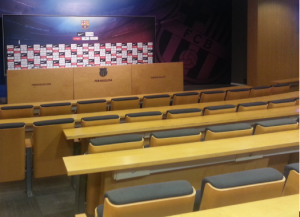 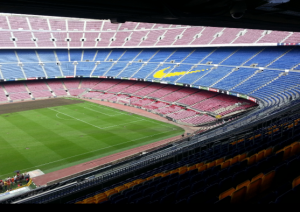 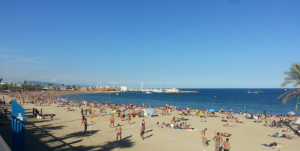 This was my favourite local café I went to every morning for breakfast before I started my day. 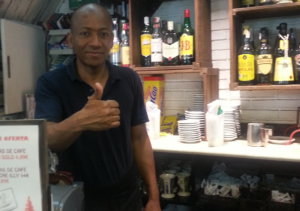 I cracked that day! 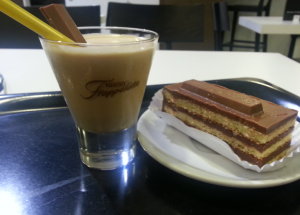 I didn’t actually experience much nightlife in Barcelona so unfortunately I can’t recommend any places. I was living with a bunch of people remember so I spent most of my evenings in my jim jams hanging out until the early hours. They were awesome! Let me introduce you to them…

Meet Harriet! Originally from Australia on a gap year travelling. This is us one evening feeling merry! 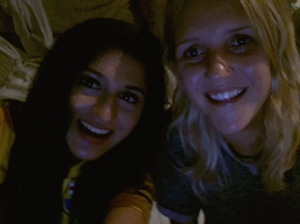 Meet Gian-Luca! The boss of the house and also Harriet’s boyfriend. 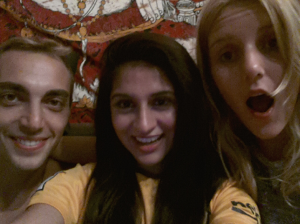 Meet Raul or Dino whichever you prefer! Never understood my English lol and is super talented. Don’t mind the hair – it tends to go like Monica from friends. 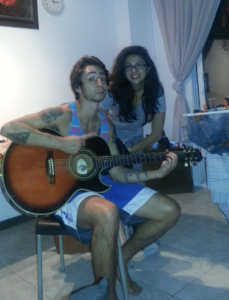 Meet Filippo! He used to teach me bits of Spanish and cooked pasta every evening for dinner except for this one time because he was too tired so ate two ice-creams instead. 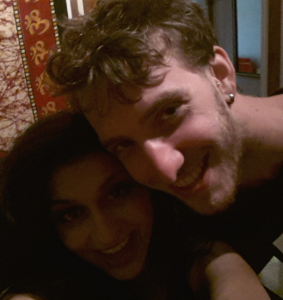 Meet Molly! She made me jump all the time with her constant running around and sometimes I’d find her in my suitcase if I’d leave my door open. 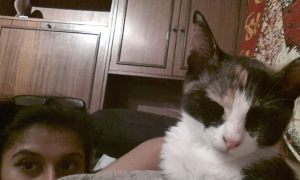 This was our chill out tune believe it or not introduced to me by Raul. It’s so meditative and always takes me back to Barcelona.

I felt like a tourist by day and a local by night. My Barcelona trip honestly would not have been the same without these guys. They didn’t live by a rule book or live to impress others. Harriet said to me ‘sometimes it’s not where you are but who you’re with,’ which is very true.

This was a message stuck on the fridge. 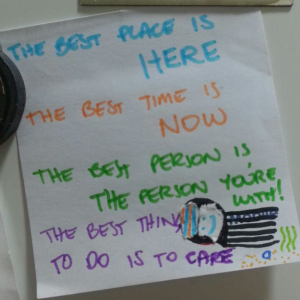 Saying bye to Barcelona wasn’t easy as I became incredibly fond of the city beach lifestyle and the friends I made but it was time to return back to London. Soooo on the aerobus I go, airport, plane, Gatwick, security and rain. Oh and on the plane I was sat next to another kiddo and just as the wheels of the plane were about to grace the land this time she said, ‘dad what is the point of an emergency exit if the plane crashes?’ – Why? Just why?